Hello, once again friends and foes! I wasn’t told I’ll be writing to you again this soon. It was on such short notice, but I guess it is what it is. I’m probably just bored and looking for someone to talk to, my friends are welcome, but I don’t mind my foes too as long as they listen and do not interrupt me.

So there’s been this phenomenon and you gotta believe me, it’s not even a new thing, because it only just came into existence long after Isaac died. But I just thought to give it a name, and I coined it the “purple link effect”.

So what’s the purple link effect?

I’m sure you’ve once before, or even more often than you can remember, been in that situation when you hit Google and search a thing only for you to find out you’ve been in that same situation sometime in the past, and it almost feels like deja vu, or maybe not.

But how do you remember so easily that you’ve been there before when the reason why you are right back is that you’ve forgotten? That’s the purple link effect—the shadow of guilt that torments your conscience and criticizes you for being so forgetful.

Don’t let it bother you. I mean, it’s just your browser and Google messing with you. Google just hacked your computer using HTML and CSS. They instructed your browser to keep tabs on you. Now for every link, you clicked in the past, if you see them again anytime soon, they are purple rather than blue, just to indicate to you that this page has been visited sometime in the past 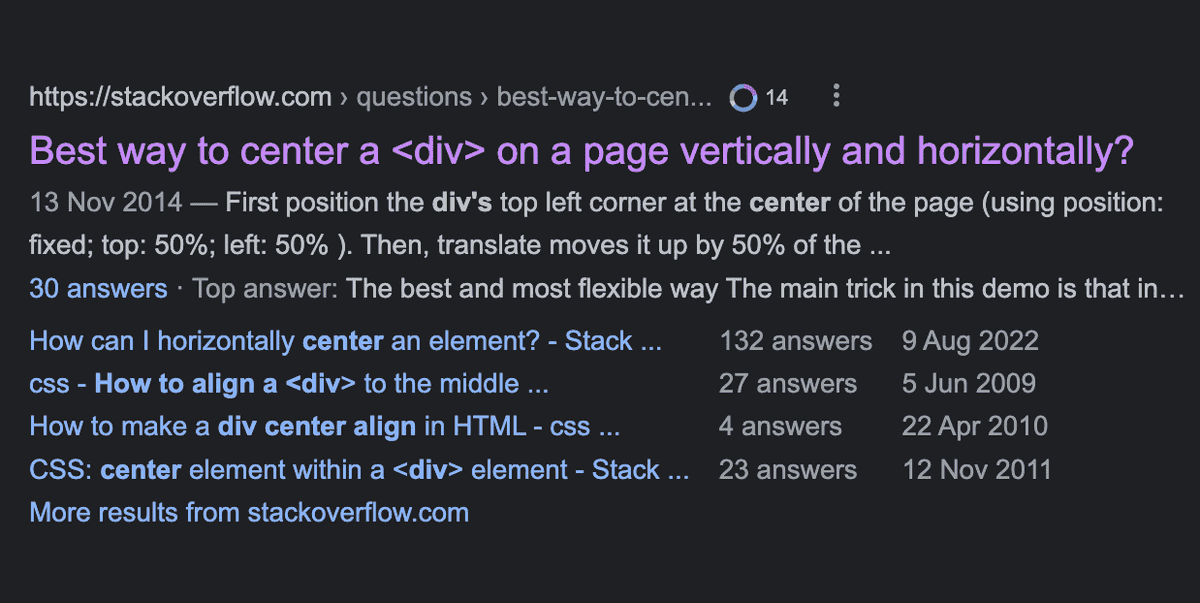 Yeah, that link in particular or other variants of it, for a long time, was every developer’s nightmare, they’ve always been there before, and they never stop finding themselves back there. Happy Death Day fellas!

Need I remind you, there’s no need to feel guilty or beat yourself up about being forgetful? I know experienced engineers don’t need to hear this, but for the sake of those who are just getting the journey started, and looking onto others that have gone before them, trying to model their ways after them. Don’t pressure yourself. The goal is not to be an engineer that knows it all, an engineer that doesn’t use Google or an engineer that never consults other engineers (that’s basically what we do on Stack Overflow). The goal is to be an engineer that can ask the right questions, reason in the right frame of mind, identify problems and way out, contribute and share knowledge, and most of it all solve problems using the tested and proven knowledge they’ve garnered from all about. And all that my friend, my foe, is what makes an experienced engineer. Not the delusional, egotistic, ignorant and make-believe portrait these other people out there try to paint, of what an engineer should be.

It doesn’t always have to be blue, it’s okay to see purple, it’s okay to ask people, just know your ropes and how not to hang by it. Like Diana knows her lasso!

Disclaimer: Google didn’t hack anyone with HTML and CSS, that was me messing around. They do keep tabs on you, but purple or visited links are something else, not spying.

Share on mailShare on twitterShare on facebookShare on linkedin

A Meticulous Examination of JavaScript Promise

The Magic of Using TypeScript at Runtime